In my post My Thoughts on Applied Behavior Analysis (ABA), I said I would share more opinions on ABA from professionals, a very successful mother of an Autistic boy, and adults on the spectrum. So here’s the follow-up post I promised, albeit late because of a sickness that I can’t seem to overcome. In that post I shared that I had a gut feeling about ABA. I didn’t want my son in thirty to forty hours of therapy per week. I was very uncomfortable with someone forcing him to do therapies where I knew he would be pushed to his extremes and would cry and scream for hours. (You can also refer to the post Does Your Child Like Their Therapist, it was written for the parents of an adopted or foster child, but there are many key elements an Autism parent can take away.) I wasn’t okay with therapists who wouldn’t allow me to sit in on their sessions with my son either. Nor was I okay with my son sitting across the table from a therapist, repeating the same tasks hundreds of times . Mainly because he wouldn’t be able to maintain that type of intense focus.

I knew in my heart what I felt,

but there was always this external pressure because it seemed that all other Autism parents loved ABA. But, information began pouring in that pointed to the contrary. There were others who held the same opinions my husband and I did (yes, thankfully he felt the same way). Maybe traditional ABA wasn’t the best way. First came our in-home Developmental Specialist, Lia*, who’s been working with our son, Jeremiah, for two-and-a-half years. Lia’s not fond of ABA in the traditional sense, but will modify it drastically to fit the child, situation, and family. (You can read about one of the solutions she created for us in the first link in this post.) She was the first one who made me feel like we were going in the right direction. By the way, the specific conversation of ABA didn’t come up until about six months ago. I had formed my own ideas long before her and I discussed it. Second came Michael Emmons*, who we are so fortunate to have been put in contact with. He is a Professor of Special Education at a University, has over thirty years of experience in special education, and specializes in inclusive education, positive behavioral support, language, literacy, and communication. Emmons has observed Jeremiah on a few occasions, and we recently had the opportunity to sit down with him and chat.

One of my questions for Emmons was, “What do you think of ABA therapy?”

From the moment he began speaking, I knew we were riding the same wave. Know the feeling? Emmons said he’s seen children harmed by ABA. I knew my son had lost skills because of ABA, but children had been harmed? I sat in awe, listening to Emmons and his knowledge on the subject. Then he expounded. He once went into a situation where a girl on the spectrum had put three therapists in the hospital. Emmons was brought in and he stopped the ABA, he had her learning through her environment. Within a couple weeks, she was smiling, happy, and talking. Sadly, after Emmons left, the therapists went back to doing ABA with this young girl. After talking with Emmons, my spirit was buoyed. I was so grateful to know my opinions on ABA were validated, none the less by a professional who’d been engrained with ABA in school. 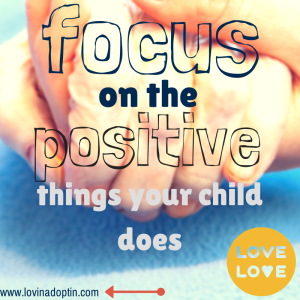 Then I came across an interview Steve Paikin from The Agenda did with Kristine Barnett. Kristine’s son, Jacob, has Autism. He’s fifteen-years-old, in college, and poised to become a future Nobel Prize winner for his work in Theoretical Physics (I wasn’t even sure I knew how to spell the word “theoretical,” let alone study it!). But that’s not the most important point of Jacob and Kristine’s story. When Jacob was two, Kristine was told he would probably never speak due to his severe Autism. Jacob was going through the traditional therapies for Autism, and Kristine noticed how all the neurotypical kids she worked with were having fun, but Jacob wasn’t.

She says, “It seems like all we were doing was focusing on what Jacob couldn’t do.”

When Jacob turned three, his teacher/therapist told Kristine to give up any hope of him ever communicating. At that point, Kristine decided to disregard traditional therapies and focus on what Jacob could do. Here is her interview with Steve Paikin on The Agenda: https://www.youtube.com/watch?v=Gxan95vKOrE Kristine has also written The Spark: A Mother’s Story of Nurturing, Genius, and Autism. Before I continue, I would love for you to read No You Don’t by Sparrow Rose Jones. It’s about how making a child comply (the goal of many ABA therapies) can create major problems, especially when that child is nonverbal. Remember that I didn’t search for any of these opinions on ABA, they all fell in my lap. If we want to look to prove just about anything, all we have to do is look hard enough, search long enough. In the midst of those three confirmations came statements from adults on the spectrum about ABA. One man had the opinion that ABA is why so many people with Autism develop Obsessive Compulsive Disorder. So, in the planning of this post I asked, “What are your thoughts on ABA?” in a social media group consisting of adults on the spectrum, professionals, and parents of people on the spectrum. The responses blew my mind. I came to the deep realization that us parents of kids on the spectrum really need to listen to those who’ve gone before our children (and I don’t just mean Temple Grandin). I’m only listing a small handful of the great insight that was shared by those who want to bring awareness and acceptance about Autism to the world.

“ABA is like anything else…how it is executed goes a long way in whether it is successful.” – Rick Spencer

“I wish ABAs got more training in sensory issues.” – A. Creigh Farinas

“ABA is nothing more than child abuse. If these same techniques were used against a normal child, all HELL would be raised.” (Referring to ABA in it’s true, pure form.) – Jeff Sexton (Autistic)

“As a teacher, I have been horrified by things that were done to children in my classrooms in the name of ABA. It came across as incredibly disrespectful of the human being in question.” – Joanie Calem

“I think the fact that the ABA community and the autistic adult community don’t tend to talk to each other is a HUGE part of the problem.” – A. Creigh Farinas

“There is also a high price that autistic children can pay when ABA is practiced in such a way that compliance itself is a goal – abuse, physical/sexual/emotional.” – Patricia Gabe (She’s the one who referred to the post above by Sparrow Jones.)

“Applying therapies and asking someone to conform to a standard in a one size fits all attitude can strip a person of their natural strengths.” – Nancy Getty

Sparrow Rose Jones, and Autistic adult says about ABA, “What looks like progress is happening at the expense of the child’s sense of self, comfort, feelings of safety, ability to love who they are, stress levels, and more. The outward appearance is of improvement, but with classic ABA therapy, that outward improvement is married to a dramatic increase in internal anxiety and suffering.”

Emma’s Hope Book adds a great perspective on ABA therapy as well. Another post that is worth considering: Would You Accept This Behavior Toward a Non-Autistic Child? *Names have been changed to protect privacy. *My opinions above refer to “traditional” ABA therapy. I believe ABA can be drastically modified to help individuals on the spectrum. You can view my links to read more about those conclusions.