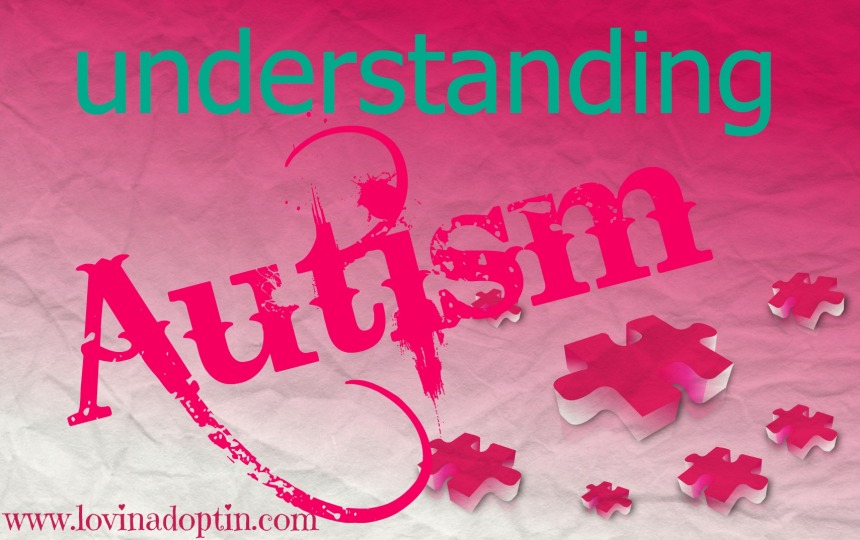 My son, Jeremiah, has Autism. For those of you who don’t know someone with the disorder, or who haven’t looked into what it is, there can be a very narrow perception of what the word “Autism” means. One example of this came when I was introduced to a woman who attends a small group we used to go to. When she asked why we’re no longer part of the group, I responded, “My son has Autism, and we can’t leave him with just anyone.” (Childcare was provided by the host home.) The woman nodded her head like she knew exactly what I meant and said, “Yeah, that routine is really important isn’t it?” (Although this response was narrow-minded, it’s better than the stares I have experienced when I’ve told others about my son’s diagnosis.)

I’m not implying what that woman said was inappropriate or unthoughtful, but I encourage people to become more aware of what Autism is like because it’s becoming more prevalent. If you don’t already, you will eventually have a family member or friend whose child is diagnosed, and the more you can support them, the better.

So you’re aware, every child on the Spectrum can present differently (i.e. one may talk, while another may not. One may have other diagnoses that coincide with Autism, such as Angelmans Syndrome or Fragile X Syndrome. One child may have significant sensory needs, while another may not). There can be similarities between children on the Spectrum, and they can also be very diverse.

When you see a child at an amusement park who can’t wait in line, who screams, flaps his hands, hits himself or others, he may have Autism. Why does a child do these things, and why can’t it just be blamed on bad parenting? Well, first all Autism parents rock, so it can’t be their fault (insert smiley face). Second, there are many reasons why a child with Autism is acting like the boy I mentioned. Here are some possibilities, a little glimpse into their world:

Besides all of these reasons listed in effort to explain the behavior of the boy at the amusement park, there are hundreds of other entities a person with Autism deals with. I will attempt to give an overview of some.

In a BBC video My Autism & Me, starring Rosie King, who has Autism, she explains her Autism. She says she, “…feels words, it’s like they’re slimy or sticky,” and she talks about being really sensitive. She says, “Three out of five people with Autism feel unhappy,” she added, “this is probably because they aren’t getting the help they need.”

Although Autism can be overwhelming at times, my son, Jeremiah is the light of our lives. He has taught us about the fragility, individuality, and uniqueness of the human race. He has made us see the world differently. He has shown us there is a bright, beautiful light to be found in the midst of difficult  circumstances.

This is a very short summary of what Autism looks like. My goal is to provide understanding for those who know someone on the Autism Spectrum, and to support parents of Autistic children. If you would like someone to know more about Autism, you can send them here. I hope this gives you a glimpse of what Autism is.

If you are interested in how to help and support someone with Autism, you can find more on my Contents page, under Autism and Special Needs.

*Remember that no two people with Autism are alike.