Society is failing foster children in so many ways. There are numerous reasons, but for today I will only touch on four. I’m discouraged that in 2014 children in the United States still languish in foster care. This is greatly due to society in general, it shows in the comments made about children who need families: “I could never do that.” “It would be too difficult to do foster care.” “This foster child doesn’t fit our family.” “Why are you choosing to bring a foster child into your home?”

It’s also due to social services need to be politically correct, to look as if they’re doing everything the community expects. In our progressive society, people want to see children reunited with biological families. I absolutely agree with reuniting children with their birth families whenever possible, but NOT at the expense of children’s lives, which I will be discussing below.

The Department of Human Services also has a budget to adhere to. This can play a part in how they treat the foster children, which I will expound upon in a relevant situation below.

So, why is the foster system STILL failing?

1. Davion Only hasn’t been adopted yet, he’s not even living with a prospective adoptive family.

When Davion’s story circled, over ten thousand people stepped up to help him, many expressing interest in adopting him. Those of us involved in the foster/adoption circle know that in most instances adoptions don’t go from beginning to closed within six months time, especially if a family hasn’t been licensed as a foster home. However, as his mentor, Richard Prince, told Lane DeGregory of the Tampa Bay Times, “Something doesn’t seem right…[Davion’s] changed schools and foster homes, and he’s not allowed to tell me certain things.”

My problem with this case and countless others begins at his first placement. In her article, Gregory says, “[Davion] languished in that first foster home for seven years before anyone put him in the Heart Gallery...for the next eight years he bounced between treatment centers and group homes.” (The Heart Gallery is a public venue that shares descriptions and photos of children who are available for adoption.)

I ask, where is Florida’s Expedited Permanency Plan*? Why was Davion left languishing in foster homes that didn’t adopt him, treatment centers, and group homes?

Before the holidays a story later circled about Davion finding a prospective adoptive family. It turns out this wasn’t true. Connie Going, the Eckerd (foster agency) adoption specialist says, “He just went to live in a foster home instead of the group home. They put him in a home where they knew he wasn’t going to be adopted.”

2. States push for reunification without regard to child welfare.

The title of the Tampa Bay Times article says enough, 477 child deaths: How Florida preserved families, but lost kids. The stories of how those children died are chilling nightmares, the worst things you can think of happened to these 477+. I add the + because according to Child Help, “50% to 60% of child fatalities due to maltreatment are not recorded as such on death certificates.

About ten years ago the DCF in Florida decided to change child welfare. According to Carol Miller and Audra Burch, “DCF made the decision…to reduce by as much as half the number of children taken into state care, adopting a philosophy known as family preservation. They also simultaneously slashed services, monitoring, and protections for the increased number of children left with their violent, neglectful, mentally ill or drug-addicted parents.”

James Harn, a child abuse investigator for the Sheriff’s office, says, “They wanted to keep families together, but at what cost?”

In just one case DCF was called twenty-six times regarding a boy named Caleb Cronk. The twenty-seventh call was to report his death. There are so many tragedies in Florida, ones that could’ve been prevented.

Since the release of this article and others, Florida rushed to fix the problems they caused due to budgets cuts and poor implementation. Articles have since been released saying, DCF working to help families, save children, Florida senate moves forward with child welfare law overhaul. My fear is that much of it comes down to money, for example, this article: Senate advances child welfare overhaul, but funding remains uncertain. 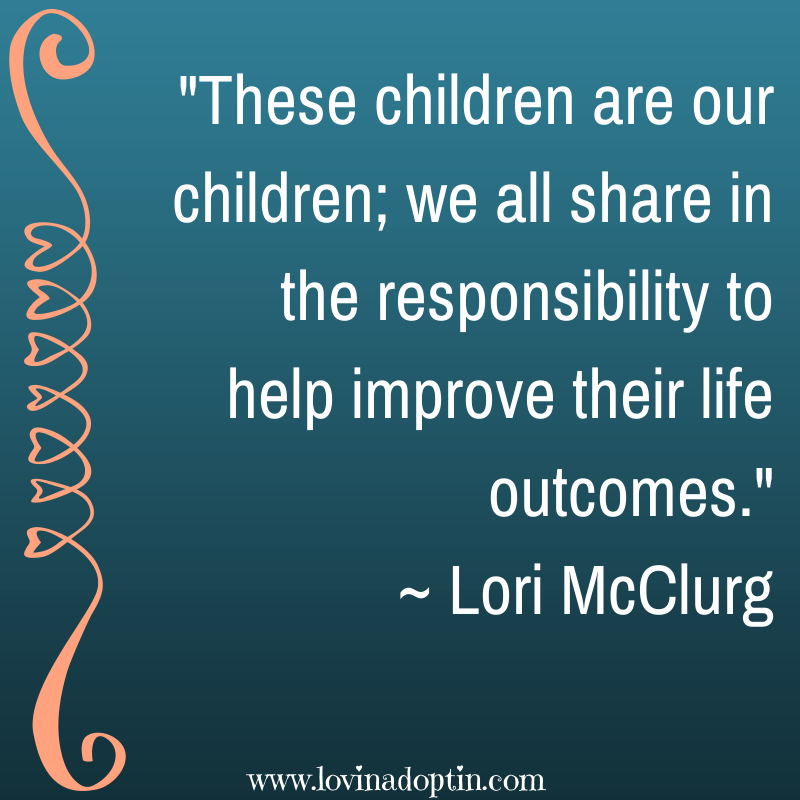 When we began doing foster care, we were kind of impressed with the way our county’s system ran. We weren’t completely happy, but I felt our county was one for others to look to. Bio parents had far too many rights, versus the rights of the children, but that’s the way it is in all states. Over all, in the end we knew we were in a county that, for the most part, cared about children.

However, as we neared the end, meaning our sons biological parent’s rights were being terminated, a shift was beginning to take place. Policies were beginning to change and the case workers who seemed to care about the kids either changed positions in the Department or left. Toward the end of our time doing foster care we had a new worker (ours and our sons) every month. This may be common in other states/counties, but not ours.

When social workers don’t care, children are placed in dangerous situations because foster parents aren’t vetted and children are reunified based on their recommendation when they shouldn’t be.

What I found was the “Heads” in Denver weren’t happy with our county’s Termination of Parental Rights (TPR) rates (meaning too many parental rights were being terminated), which was leading to adoptions. The “Heads” sent workers from our county over to Colorado Springs to learn how they do things and to copy their paradigm (less TPR’s – less adoptions).

Were they doing this to preserve biological families? Like I said, parents have hefty rights no matter what state you’re in. Our county had set criteria in order for children to be reunited and the bio parents had sufficient supports to meet that criteria.

Does this mean they were looking out for the child’s best interest? Or, were they looking out for the pocketbook? Because families who adopt from foster care receive a monthly stipend for each child adopted until that child reaches age eighteen. When a child is reunited, the Department of Child Services doesn’t have to pay anything.

From all of these stories we can see that children are not the priority. The system is still failing in 2014 when it shouldn’t be.

*Expedited Permanency Plan – A standard that children should have a permanent home, whether it be reunification with the biological family or adoption, within a set amount of time (some counties require it within one year for children under age six).

You can receive all posts written on Lovin’ Adoptin’ by subscribing in the upper right corner. You can also follow me on Facebook and Twitter for more helpful information and links.