When our daughter, Payton, came to us, she was young, but she was completely broken. Naive people have said to us, “It’s a good thing she was so young when she came to you, she won’t be affected by what happened.” 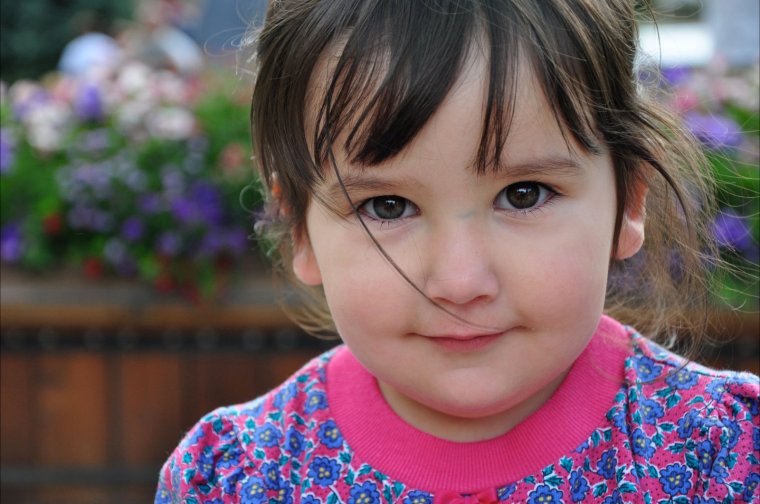 That’s the generally held consensus isn’t it? If a child is removed from a neglectful or abusive situation soon enough, it won’t affect them. Wrong. Sure it’s better for them, the hope is that it doesn’t take them as long to heal, but they are impacted as much, or possibly more than an older child.

In Bruce Perry’s book, The Boy Who Was Raised as a Dog, he says, “The fact that the brain develops sequentially – and also so rapidly in the first years of life – explains why extremely young children are at such great risk of suffering lasting effects of trauma: their brains are still developing. The same miraculous plasticity that allows young brains to quickly learn love and language, unfortunately, also makes them highly susceptible to negative experiences as well.”

Payton had emotionally shut herself down because of the neglect and trauma she suffered. She would bang her head on the floor, or on a piece of furniture, but no sound escaped her lips. Never having been around a child with a traumatic past, this shocked me. She had learned early on that no one responded when she cried, so why put forth the effort?

We didn’t have any specific training in how to deal with this or many other issues that came our way, so I did what came naturally. Every time she fell, or bumped against something, I picked her up, held her against me, and said, “It’s okay, Mama’s here.” (At the time she was in foster care. Her bio mom called herself Mommy, so I referred to myself as “Mama.”) After a couple months of consistently showing her that I would rescue her when she was hurt, Payton began following me around the house! It was more of a curiosity thing, she was making a basic connection that someone cared. True bonding would take years to develop, but we had a base to begin from, and I was excited!

During this same time, I was on the floor with her a lot. How did I do this? In my years of parenting a child with attachment issues (actually she was diagnosed with RAD, you can see my opinions on that here) and one with Autism, I have come to see the benefits of a small house. I am in close proximity to my kids. (If you don’t have a smaller home, you can use baby gates to keep your kids close.) My husband and I also drastically changed our daily routines. Our focus was on our new little girl, who needed as much of us as she could get. (I will be writing more on this in the weeks to come.)

I spent as much time as I could on my daughter’s level. She hadn’t learned the basics of play, not even as an infant would do. It took a long time for her to learn to play, and even longer to use her imagination. But she had noticed I was there. She moved from following me around to mimicking me (I have a photo of her at eighteen-months loading the washing machine), and eventually moving on to sitting on my lap, etc.

This can also be called “Floortime.” I implemented this (in a way) with my daughter before I heard about Stanley Greenspan’s Floortime. We were introduced to Floortime much later when my son was diagnosed with Autism. The approach is not specific to Autism, and can be extremely helpful in the bonding between a child with attachment issues and a parent or caregiver.

“Floortime meets children where they are and builds upon their strengths and abilities through interacting and creating a warm relationship. It challenges them to go further and to develop who they are rather than what their diagnosis says.” www.stanleygreenspan.com

The Developmental Therapist who works with our son uses a mixture of Floortime and other therapies, which I have discovered are a foundational component to bonding. We have to return to this cornerstone of Floortime because many of our children don’t know how to play, no one taught them how. Sometimes their brains can’t calm down enough to engage in free or imaginative play.

One reason I really love Floortime is because, as quoted above, “…it meets children where they are and builds upon their strengths and abilities through interacting and creating a warm relationship.” www.stanelygreenspan.com Why is this so great? Let’s look at key elements in the statement above.

Now that we have seen the benefits of Floortime, let’s find out how to do it. There will be a progression of steps. After you feel your child is comfortable with one of the steps, move to the next one. How will you know your child is ready for the next step? They will share smiles, engage you by handing you a toy, open discussions with you, they might make eye contact for the first time, or for longer periods than they have before. If you move on and you notice they are moving away from you or avoiding you, return to the previous step and work through it some more.

At any of the stages you can begin touching your child on the back or arm. See how they respond. If they squirm away, try again the next day. Don’t force it, but don’t avoid it either.

Step 1: PARALLEL PLAY – You will begin by sitting next to your child and engaging in parallel play. (This can also be done with older children, which I will touch on in a moment.) “Parallel play is a form of play where children play adjacent to each other, but do not try to influence one another’s behavior…the children do not play together, but alongside each other.” www.wikipedia.org For our purposes, this will be done between an adult caregiver or parent and a child. Again, it’s going back to those fundamentals they never learned and have difficulty with.
Sit next to your child and engage in a similar activity. Don’t talk, only mimic what your child is doing with your own toy/book/body. It may feel goofy at first, but trust me, it works! If your child is pretending to drive a car, do the same with your own. If your child is looking at a book, sit quietly next to her reading one of her books. This will lay a foundation to build on. Be sure that you are engaging in something they have found interest in. You will do this every day if at all possible. The more you work on it, the faster bonding will come. I would begin with short sessions, around ten to fifteen minutes.

Step 2: INTEREST PLAY – Next you will begin talking about what you are doing with your child. If your child has a difficult time looking at your face, bring toys to the bridge of your nose, so your child will look at your eyes. If your child looks at you say, “Thank you for looking at me,” in an excited voice. For a very young child who is beginning to talk, you describe what you are doing: “I’m driving the car. You’re driving the car.” Praise a child of any age when they do well (be real, they’ll know if you’re lying). Don’t say anything negative at this time.
“Play is the work of children. It consists of those activities performed for self-amusement that have behavioral, social, and psychomotor rewards. It is child-directed, and the rewards come from within the individual child; it is enjoyable and spontaneous.” www.healthofchildren.com

Step 3: INTERACTIVE PLAY –  Now you can begin interacting more, and

exchanging in play. You can begin to play with their toy with them. You can read a book to them, invite them to sit in your lap to read a book or sing a song. If you have a girl that’s interested in doing your hair (come on Dad :)), take turns playing salon. This is a great opportunity for your child to practice taking turns, caring for someone, and appropriate gentle touch is always positive.

These are some pivotal steps that will help your child bond with you. “[By using Floortime and] staying within [their] focus, you are helping [them] practice basic thinking skills: engagement, interaction, symbolic thinking and logical thinking. To master these skills requires using all these senses, emotions, and motor skills…” www.stanleygreenspan.com

When raising children with attachment issues (and for me, having an added child with Autism) it can get quite discouraging. You try something, it doesn’t work, so you try again, and again it fails. Keep trying. I have often put something on that back burner for a long time because I tried dozens of times and failed. Then one day I would try it again, and suddenly it would work! Be persistent and eventually your child will be ready for that hug, or respond to that “thank you,” or whatever you might be wanting your child to do to show connection.

There is more information to come on some very important bonding techniques that work wonders, so stay in touch. You can have any new posts sent to your inbox by visiting the upper right side of my website. You can also follow me on Facebook.

Best wishes to you and your family!

Here are some more posts related to bonding:
– rocking: a simple first step to bonding (and it doesn’t just apply to infants)

– attachment in adoption: the first things we need to know search for your favorite subject